I always wanted a flower making machine!  For a lot of folks of a certain generation or folks who grew up in the Carolinas, most of our images of untaxed homemade liquor came from The Andy Griffin Show, old time NASCAR (before it crossed the Mississippi), and our grandparents.
In the spirit of full disclosure, my first experiences with moonshine was my grandmother telling me stories about her two older brothers bootlegging in their “peg leg” model T for a family they married into.  Evidently, they would come and hide at the house when the law was after them.  My grandmother remembered her mother bribing all the children with candy so they would not to talk to the police when they came to the door. Grandma always ended the stories with “But that’s not something we tell folks.  That poor girl couldn’t help her daddy was a bootlegger.”  Sorry Grandma. 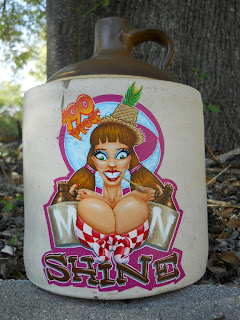 Moonshine is not a thing of the past.  Any random viewing on cable or satellite TV will offering up several different television shows and documentaries on the practice, especially since the suicide of Popcorn Sutton.  Moonshine is still being made by lots of people: young and old; Pagan and Christian.  Mr. Mt. Dew is just such a distiller–former distiller.  While he started out Christian (like many of us), he’s followed a more or less Druidic path for the last four years.  He started out learning the family recipe for moonshine from his grandfather when he was a boy.  After his grandfather passed, Mr. Mt. Dew continued to distill for the next six years. 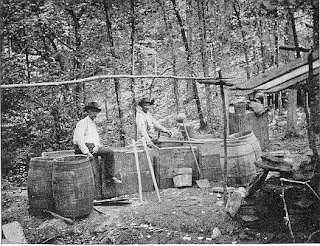 Mr. Mt. Dew has made it all, from bath tub gin to fruit brandies (just white liquor made from fruit) to corn liquor to wine and mead.  He use to raise some of the corn and fruit himself, but at other times the materials were outsourced.
Mr. Mt. Dew also incorporates whiskey and distilling into his religious practice. “I fully believe in using spirits in spiritual practice. Whether it be to honor, or show reverence, or to feel ‘closer’ to them. In almost all branches of religion, Pagan, Christian, etc. some form of wine, beer or other distilled spirit has always been used in ritual or ceremony. And in the process of making the alcohol, I feel an almost divinity, in the sense that it amazes me that I can take something of this earth and create something for pleasure, relaxation, and worship from it.” 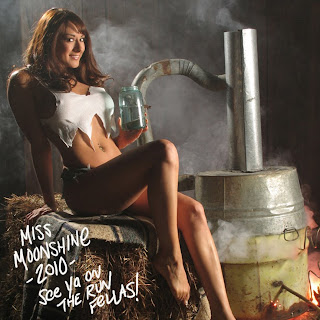 Distilling involves science, math, and common sense.  Without these things, you’re making poison. According to Mr. Mt. Dew, “The generalized, most basic premise is this: You have a substance that contains the broken down raw material. This is called mash, or sour mash. It can be of most anything you want, the most common is equal parts of cornmeal, to water, with active yeast added to start a chemical reaction which breaks down the starches in the corn meal.
This mixture has to sit for a selected period of time, which can vary, depending on the size of the batch, and what you’ve made it from. This is to allow the alcohol to form, and “ferment” the mixture.  After this process, the mash is pour into a large vat, or pot, and brought to a very VERY specific temperature. Water boils at around 212 °F, while ethanol boils at around 173 °F. Methanol, that can make you blind and is what you really want to avoid, boils around 148 °F.  So, you have to be specific in watching the temperature and controlling and monitoring it constantly.
The liquid is boiled and travels through a copper tube called a “worm”, which is usually coiled inside a box filled with ice or very cold water to condense the steam vapor back into liquid. When the first few drops of liquid come out, it is a general practice to throw the first couple shots away because they are the most likely to have contaminants.“ 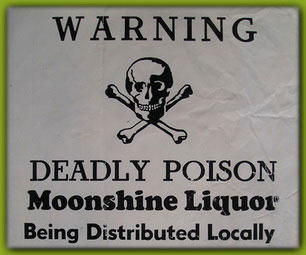 “If you want to distill at home, I recommend the stove top method. There are plenty of informative websites now that can tell you how to build your own basic still from a coffee pot and styrofoam cooler. I would recommend you research it very diligently, and make sure you know what you’re doing before you start, simply because you can cause yourself, or a loved one to go blind, get nerve damage, and possibly death. It’s something I DO NOT recommend anybody doing, simply for the legality and health risk. Having said that, it can be fun and adventurous as you learn more about the craft and begin experimenting with different flavor combinations.”  A small kitchen batch can be run for about $50.
Distilling alcohol can be illegal, and selling untaxed whiskey is very illegal.
While Mr. Mt. Dew has never been caught, he is well aware of some close calls.  ”There is a United States excise tax of $2.14 for every 750 ml of distilled alcohol, 80 proof or better. Compared to 21 cents for wine, and 5 cents for a can of beer. It is primarily illegal for this reason: lost United States government revenues. The other reasons they have listed are the possibility of contamination, bacterial and otherwise, from the home distilling process. It is legal to own and operate an alcohol still, but only with an ATF permit, and only for fuel.

I have never had too much trouble, as I didn’t get caught, haha, except for one time when I was 21. I ran the liquor in my van, and it got to a point that there was always a dark blue sedan or SUV following me when I drove that van. If I drove my small sedan, it was never there, but as soon as I hit the road in the van, there they were. So, at that point I quit for a while, and have only recently thought about starting back up.”

Not a big fan of straight white liquor?  Make a cordial out of it.  The most famous cordial,  and maybe the most historic, is Cherry Bounce. 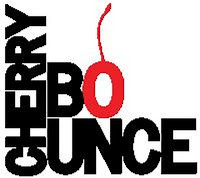 It was a favorite of George and Martha Washington, and it greatly influenced North Carolina history.  While there’s tons of recipes, cherry bounce is basically liquor, sugar, and cherries. With this recipe, substitute white liquor for bourbon.  For a little extra kick, imbue your Bounce with magical intent as you make it and ferment it.  Say a chant every time you turn the jar.  ”Cherries pop, and cherries drop, but I’ll always bounce, bounce, bounce!” [My cherry bounce chirp.] 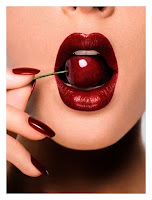