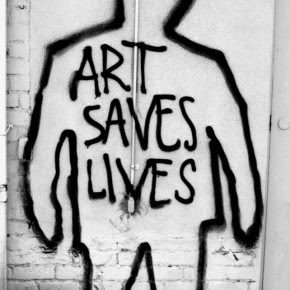 As you will remember from the last episode, The Phantom and I were discussing Edmond, his cat.  Remember, I’m in pink and Phantom is in blue.

Wow!  I wish I had had that “Goblin Market” essay to use as a source when I wrote my “Goblin Martket” masterpiece for my BritVicLit class.  Then I could have had a mega essay!

Why do cats eat dumb things?  My cats eat some dumb things sometimes.  Sometimes they eat bird food, which is weird.  I’m tempted to leave the catbox dirty to see if anything sprouts.  Is Edmond doing better?  Is he out of the woods?

He seems to be doing ok! He’s had a couple of check ups with the vet, and he’s out of the woods. However! He managed to score an eye infection, and so I’ve been dealing with that over the past week. XD Haha, and of course he wants to stick as many paws as possible into his hurt eye because of course that will make it better. The eye seems to be clearing up now as well though. He’s been on anti-biotics for a week and a half now.

And while it may be tempting, a clean litter box is important for all cats, whether they decide to eat bird food or not. XD Edmond eats earwax. I showed him some one day because I wanted to mess with him and gross him out. But he just started eating it, turned the tables, and grossed me out instead. Ewwww!  That’s so gross!  It’s like letting the dog clean out the litter box!  LOL!  I have a friend whose cat likes to get in the dirty clothes hamper and wear her dirty panties and bras.  I guess it’s because it smells like her.

I’m really glad that Edmond is out of the woods.  I hope that everyone reading this interview gets a commission from you or donates money (big subliminal message).
So, what are your big plans once the TA gig ends?

Aw, well, that’s at least cute though. Thirsting after earwax just doesn’t come off as quite as affectionate. XD

This month is spent moving out of my apartment. Also, I am currently waiting for the arrival of the Vampire Artbook books. I don’t know if you were in on the project, but I headed up an artbook funding project last year, and the books are finally set to arrive in early June! It’s a collection of 40+ illustrations and comics by a wide range of artists–and it also includes a statement by each artist discussing their work and their personal views on vampire mythos. It’s pretty great.
The kickstarter is over, but you can find all the info here: https://www.kickstarter.com/projects/1592236066/the-vampire-artbook/description
I’m pretty proud of bringing something this big together. Summer plans are to move, mail out books, and do lots of art. I’m also travelling around a little to visit some friends.
Awww! I missed out on the vamper books, but it sounds really cool!  Do you have any art work in there?  It sounds like your summer is pretty well filled; what about the fall?  And what do you need an English degree for if you’re going to be doing art?
Yeah! The vampire books are very cool.
I do have some artwork in it. The extra copies will start to go on sale once the contributors get their copies.
In the autumn, I’ll be reevaluating my life as my student loans become due.
What isn’t an English degree good for? The amount of ideas and materials I was exposed to had a huge influence on my intellectual development, my aesthetics, and my art. I’m looking into going to art school next year though.
That’s so true about an English degree.  It’s like it’s good for everything and nothing at all.  Usually it’s good for being an over-educated fry cook, warehouse work, or field hand.  And English professors have the best stories!  A lot of them seem to be star fuckers (or at least the ones I’ve met).  Maybe it’s the whole Arthur Miller complex.
What art school are you looking at going to?
Your million dollar question:  Is pornography art or smut?
Here’s the artbook’s tumblr! I’m currently posting interviews with the various artists so that the blog doesn’t sit stagnate while the books are shipping. Once the books arrive and the extras start selling, I’ll post links there to where you can buy one!

Haha, well, I think that English people tend to half-jokingly say English degrees aren’t good for anything, but dang, an English degree is like a history, literature, rhetoric, and philosophy degree combined into one. Plus, deep down English is about clearly and concisely relating information (and analyzing information); who doesn’t need that?
Business person? Well, they need to be able to articulate their plans to their employees and customers.
Mathematician? They need to clearly articulate their findings, and why the findings matter.
Lawyer? They have to know how to argue convincingly.
Astronomers? They need to write compelling proposals to fund their research.
“English” as a discipline is so integral to everything in our society I think people just tend to forget how central it really is. I think it’s good for everything. And people can get jobs in English specifically. Personally, I think the “English degrees don’t get jobs” sentiment is based on an almost entirely erroneous assumption. I’m just kinda “????” whenever sentiments like this come up, because they’re just silly. English degrees get people jobs. Surprise!
I have no idea what a star fucker is, or what an Arthur Miller complex is. Can you explain? The definitions google’s giving me aren’t very helpful. XD
I’m looking into school in Finland! If I can get even just a part-time job, then I can get my residency permit and school is free there. Finland is where I want to end up eventually anyway, no matter what.
It’s not quite that simple, of course. What I don’t think is art, is images made for the male gaze that rely on objectification, the degradation of women (or anyone else), the perpetuation of stereotypes, and harmful modes of thinking. That stuff is not art.
Luckily, this isn’t an area I’ve thought about enough to give you any more than the answer above. I’m not really qualified to say beyond that. Since I’m not interested in porn, I’m not qualified to give a more particular answer.

Here’s the artbook link I meant to include: http://vampireartbook.tumblr.com

The kickstarter provides a better overall look at the artbook though, and it does link to the tumblr site. So I often just give out the KS address anyway. A “star fucker” is a person who only has sex with a person because they’re famous and later on they can brag about it.  An “Arthur Miller” complex is when a writer marries somebody famous to launch their own career.  Arthur Miller, even though brilliant, would not be as well know if he had not been one of Marilyn Monroe’s husbands.  I’ve had at least 4 different English professors tell me that they’ve slept with Erica Jong.  So, either Erica Jong is a slut, the professors were star fuckers, the professors were liars, or all three.  And one of those professors was female.

What if the art is trying to make you think about how porn objectifies women and how that makes your body feel? And to do that, it emulates pornography?  At that point, is it still art or has it crossed the line into pornography?
So, since it keeps coming up, let’s talk about this asexuality, if it’s not too personal a subject.  When you say “asexual”, do you mean that you feel no sexual interest what so ever when you see men or women?  Are you celibate?  Does your body respond to sexual stimulation?
Wow, those aren’t the English professors I know. Mine were all very committed to their work, and just about as far from that as one can get. It’s a fine line. I don’t think emulating porn is the best way to go about critiquing it. But it all depends on the approach. Personally, I don’t think emulating something like exploitation or objectification is at all helpful in critiquing those structures. Of course, it’s tricky, since then we run into the issue of what constitutes “emulation.”
If the artwork is clearly sending a message that is critiquing rather than glorifying the objectification of women, I’d say it is still art. And of course, that depends on our definition of “clearly” as well. XD I think critique is most powerfully done not through emulation but through direct confrontation with the subject. Asexuality! I don’t think it’s anyone’s business what my personal life is like in that detail.

However, I will give you quick rundown of some of the words you used. Asexual means not feeling sexual attraction to anyone (just mentioning men and women would set up an unnecessary binary). That’s it! Pretty simple. Celibacy is entirely different. Celibacy is when someone makes a personal choice not to have sex, whether they feel attraction or not. It’s also often a religiously motivated choice. So those two terms are very different. Asking me about this stuff is like asking me for my views on this year’s rutabaga crop. Not my area, not particularly interested.

I spend my time pursuing other things, like art.

Oh, and I do know about this year’s rutabaga crop.  I have some in my garden. ; )  The tubers are going to end up being smaller than normal and hard.  We started out with lots of rain, but now it’s completely dry, which will lead to shriveled tubers because they’re using up their stored water to keep their green tops alive for photosynthesis. Stay tuned for more of the tete a tete and touche hilarity of “Sparrow vs. The Phantom”.
Paying the bills and announcements
Don’t forget to sign up for the newsletter and to check out our companion podcast on Tumblr, “Sparrow Chirps”.

Join the party, be a party sponsor, or both!