By John Neeleman (author of Logos)

I was raised mostly in Salt Lake City, Utah, by devout Mormons, a culture that reveres Great Men: where I grew up, history is a series of hagiographies honoring the Great Men who made us a great people – the Prophets, Jesus, the “Latter Day” Prophets, and “the Founding Fathers of the United States”.

Brigham Young and his polycule and children

In high school I worked the cash register in my grandfather’s convenience store. I preferred the wee night hours because usually they were slow and I could get some reading done. Close to the cash register there was one of those rotating wire racks bearing paperbacks, and one night I picked up a book called Burr, by Gore Vidal. “Hmm,” I thought, “Aaron Burr, wasn’t he a traitor, and he murdered Alexander Hamilton,” who was one of the Great Men? Yet here he was – the hero of Vidal’s celebrated novel. I started reading, I took it home, and I blazed through it. Reading that book was such a liberating, permanently mind altering experience!

Burr portrays Aaron Burr as an intelligent, worldly, and thoroughly honorable gentleman, and portrays Burr’s enemies – George Washington, Thomas Jefferson, and Alexander Hamilton – as deeply flawed mortals: Washington as an incompetent general who lost most of his battles and was acceptable to the more intelligent politicians of the day as commander-in-chief of the Continental Army and eventually as President because he was such a bland, easily manipulated dupe; Thomas Jefferson as a ruthless, manipulative hypocrite who carried on sexually with his slaves and framed Burr, Jefferson’s vice president and formidable political rival to whom he almost lost the presidency in 1800, for treason (of which charge Burr was acquitted by a jury); and Alexander Hamilton as an unscrupulous opportunist compelled by his overweening ambition to invent and propagate the slander that Burr was involved in an incestuous love affair with his daughter, which led to the infamous duel in which Burr killed Hamilton (after Burr let Hamilton fire the first shot). 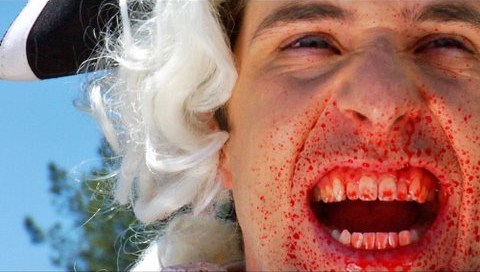 From what I understand, George’s ass was fatter than the horse’s. 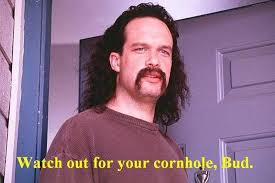 I well understood that Vidal had not actually written a history of our Republic’s founding. But I also appreciated that in an important way he had come closer to the truth [whatever that is]1 than the hagiography. It was thrilling to see the Great Men dramatized as human beings. I am convinced that like the founders of the United States, the man Jesus and the founders of Christianity were just human beings.

Much later, after I started writing, I read Cormac McCarthy’s masterpiece Blood Meridian, possibly the work of fiction that has most taught and inspired me as a writer. Blood Meridian is memorable partly for the horrific cruelty and violence that are absolutely cinematic. The Indian hunters lack any of Clint Eastwood’s charisma and decency—the Glanton gang is ISIS in the old southwest bearing six shooters and bowie knives and riding horses. The Comanche are just as savage and lacking in nobility. “The judge” makes Blood Meridian truly special: He is the personification of pure evil, but also all-knowing, terrifically witty, even sometimes funny, and thoroughly grounded in his own way, which is sui generis. The diabolical judge is a prophet! He certainly talks like the King James Bible’s prophets. 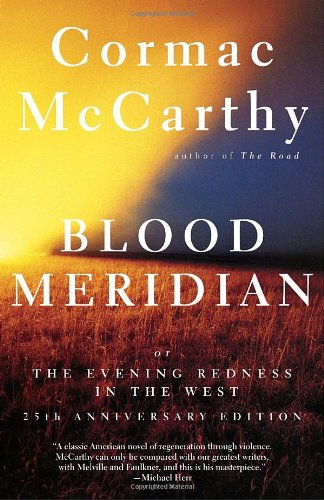 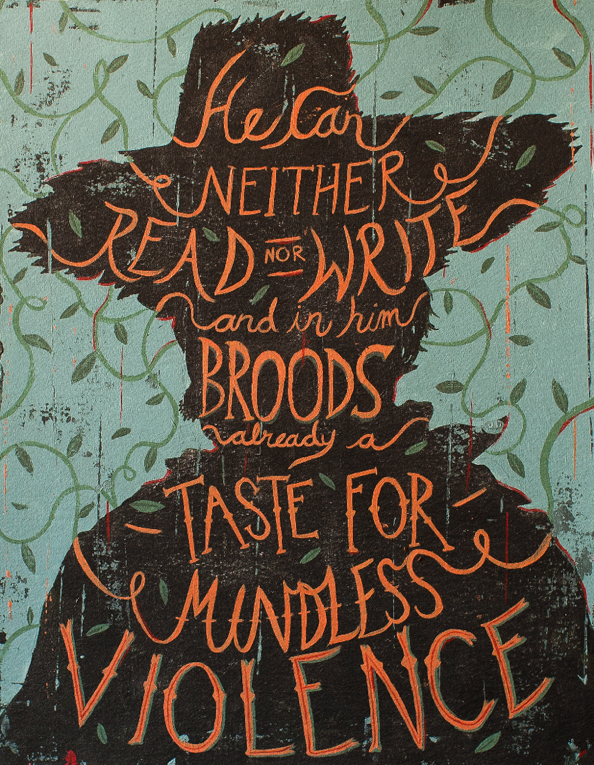 Logos is a novel set almost two thousand years ago, but like Burr and Blood Meridian it is very much a novel for our age. While Logos uses various tropes from scripture, Classical epic poetry, adventure novels, Christian films such as Ben-Hur, and so on, it subverts those tropes, much like Blood Meridian does to scripture, epic poetry, and spaghetti westerns. 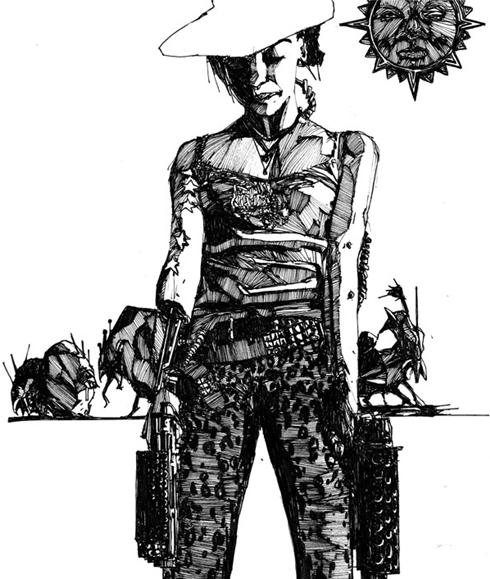 Too much sex or too much violence strikes me as very subjective. But the sex and violence are not there for titillation. There is thematic purpose. Like Burr and Blood Meridian,my aim with Logos is realism, to subvert the hagiography. We are in the Roman Empire, after all, and my characters are worldly Greco-Roman Jews. The hagiography artificially closes the bedroom door. But modern, empirically based dramatizations of ancient Rome do not shrink from dramatizing the sex and the violence. Rome fascinates because it is our ancient antecedent most resembling us, and it is lusty and violent, as is our culture.

**The seed of Logos is Nietzsche’s ironic statement that the Gospels are “deliberately subversive of nature, and of life.” Nietzsche, possibly the philosopher still most influential today, speculated that the founders of Christianity who pursued this ironic and subversive revolution, started by Paul of Tarsus, were refugees of the destruction of Jerusalem. Apparently they were Greco-Roman Jews; the Gospels were originally written in Greek, after all. The earlier violent battle scenes in Logos are the backdrop against which Jacob and his co-conspirators plan their new order, born of personal experience with the inevitable cycle of violence and its futility. This has struck me as a spectacular premise for a postmodern novel. Logos in turn subverts the Gospels. And while Logos is not history, in doing so I believe it achieves a novelistic truth that is in a way closer to truth [whatever that means] than are the Gospels. Indeed: nature, natural selection, is relentlessly sexual, and relentlessly violent.

Indeed, humanism vs. asceticism is a constant tension in Christianity. The Renaissance drove Martin Luther to his rebellion. Personally, I favor Christianity’s humanistic side, and in Logos we see an original Christianity that is imbued with books, works of art, music, and sensuality—itself very much a product of Greco-Roman society. **This is my tip of the hat to Justice Scalia.