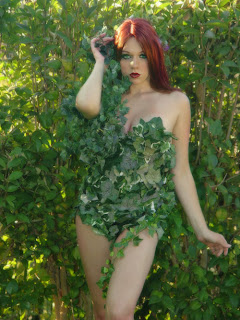 I find it really amusing how my last post really upset some folks.  However, most people chose to post their complaints on other people’s Facebook pages or social media sites instead of having the courage to post on my mine.  Tsk tsk.  But that’s ok.  Good or bad, you all really boosted my stats.  Thanks!  My sponsors are thrilled. 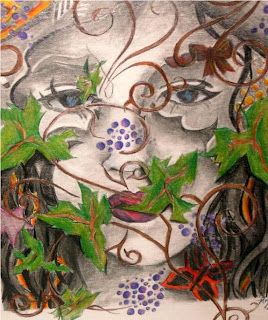 With that said, Happy Litha!  In the Northern Hemisphere, this is the longest day of the year.  The long sun filled evening is perfect for outdoor play and ritual if you’re lucky to have a private outdoor play space.  I debated how to approach Litha, because there’s just so many ways to go, but the Ivy Girl has been giving me a “come hither” look for a while, so I decided to follow.
Please note: When I use the word “Ivy” in this post, I’m am speaking of English or Boston Ivy, not poison ivy.
While the standing myth of the Oak King and the Holly King are well known (The Oak King rules from Yule to Litha, and the Holly King rules from Litha to Yule.  At each of those sabats, there’s a fight, with the victor being the ruler and the slain king’s blood acting as sacrifice for the coming season.), many Pagans do not know about the Ivy girl.  The Ivy girl has had many shapes, forms, and duties over the years.  Some folks see her as the Holly King’s helper and connect her with the wren of Cutty Wren fame.  Other folks see her as winter and the Holly King or Holly Boy’s foe.  Other folks see her as a go-between for both the Oak King and the Holly King, neither serving or belonging to either but enjoying and balancing both.  This last guise is how I see her.  In this form, she can be seen as representing the in-between times of Spring and Fall that tie the time of Plenty and Leisure (Harvest) with the time of Leanness and Perseverance (Winter). 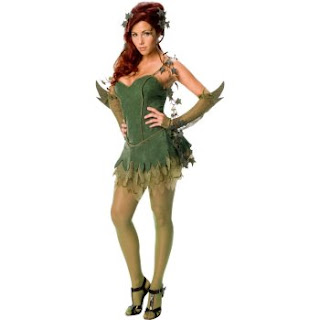 There are lots of ways to honor the Ivy Girl, Holly King, and Oak King this Litha.  The easiest and most passive way is to buy an ivy plant and try to keep it alive.  Ivy, which represents fidelity, is a great gift for new couples.  If the plant dies, you can always tell them that it means one of them must be cheating (it’s doesn’t really, but they don’t know that!). Ivy vines, because of the plant’s meaning, is also very appropriate for a handfasting cord. 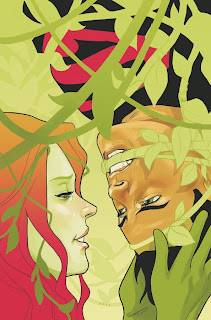 My favorite way to honor the Ivy Girl is with bondage.  Ivy, like all vines, are really just Nature’s ropes.  For light bondage, one strand of ivy can be used.  If sturdier bonds are called for, multiple strands of ivy can be twisted into a rope, or a rope and be used for the base bondage with ivy intertwined over top for a nice look.  Ivy also makes a nice, sexy outfit, as can be seen in the first photo.  If you want to honor all three Solstice players, tie the one you love the best to a strong oak tree with ivy vines and use holly leaves to awaken his or her senses before having your way (consensually, of course).  If outdoor play is out of the question, seek out a piece of oak furniture.  The wood will still convey the same strong qualities. 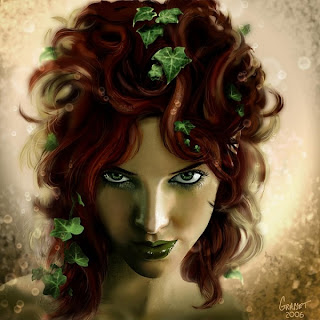 As with any sort of S&M and or sex ritual, be responsible.  Use safe words and condoms and respect boundaries.  No under aged participants or spectators.  Outdoor sex should be on private property.  Bondage should allow for blood flow.  If you break skin, use first aid to treat it and clean your equipment properly.  And for heaven’s sake, avoid the spine and kidney area!
Tweet