For many of us, going barefoot during childhood was a way of life, especially during the summer.  Our mothers would admonish us to put on shoes and we’d laugh.  Eventually, though, we grew up and donned the footwear that best suited our needs.  Tight shoes for formal occasions, rubber shoes for gym, and flip flops for the summer.  Some people, however, have reverted back to their childhood ways and go barefoot everywhere.  These people, commonly known as barefooters or in some Pagan circles as Earthwalkers, go barefoot a majority of the time: summer, winter, city streets, stores, restaurants, etc.   Some of you may laugh, some of you may roll your eyes, but the Barefoot community is growing, not just for humans but for horses as well (I kid you not!).

I got started on this path about feet because a fellow sister-in-arms who reads this blog is a barefooter.  I’ll share her story and exploits in a future blog.  I also heard a Micheal Sandler, who is a barefoot advocate and runner, do an interview on the radio and my interest was piqued.  He wasn’t Pagan, and he seemed fairly main stream.   However, when I requested an interview, I received no response (shame on you, Micheal Sandler!).


Just like with any movement, there are lots of groups springing up to meet the demand for education, publicity, and fellowship.  One of the many out there is the Society for Barefoot Living.  Their site has a lot of good information, but the site hasn’t been updated since 2010.  Some of the information about laws may be outdated.  There are also tons of Yahoo groups for barefooters out there, but I’ve found that they were either non-active or didn’t want me in their group.  I was really curious about the group Spiritualbarefootlifestyles, but they seem to be dead.  I joined several months ago, and there has been no activity.  It’s a shame because they taut themselves as for “Pagans, Wiccans, Spiritualist, ‘Mystics’, and the like who enjoy being barefoot as a lifestyle or as a part of worship.” 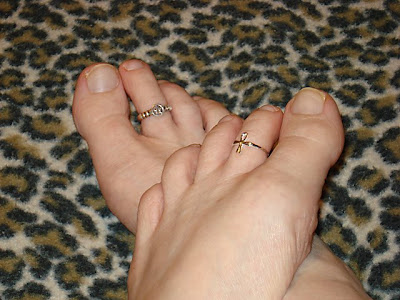 So where does that leave Pagans in the barefoot movement?  Well, to be honest, I’m not really sure.  From my brief survey of folks from several different paths in different parts of the United States, there doesn’t seem to be a large Pagan presence in the Barefooter movement.  In the Southwest, people don’t go barefoot much because of scorpions, snakes, and nasty sticker plants.  In the Midwest, it’s usually too cold.  In Hawaii, nobody would respond to my emails.  What I have found, though, is that a lot of Pagans will take their shoes off in circle, so that they “can feel the Earth energy and connect” or something like that.  I’ve also had several Pagans tell me that they’ve noticed that people will go skyclad in circle but still wear shoes.  That’s a little like wearing utilitarian socks during sex: visually unappealing and just wrong.  If you’d like to get started going barefoot slowly, see Christopher Penczak’s book The Inner Temple of Witchcraft for a nice Earthwalking meditation.